Feeling Invisible in a Partnership: How Does It Look and What to Do About It 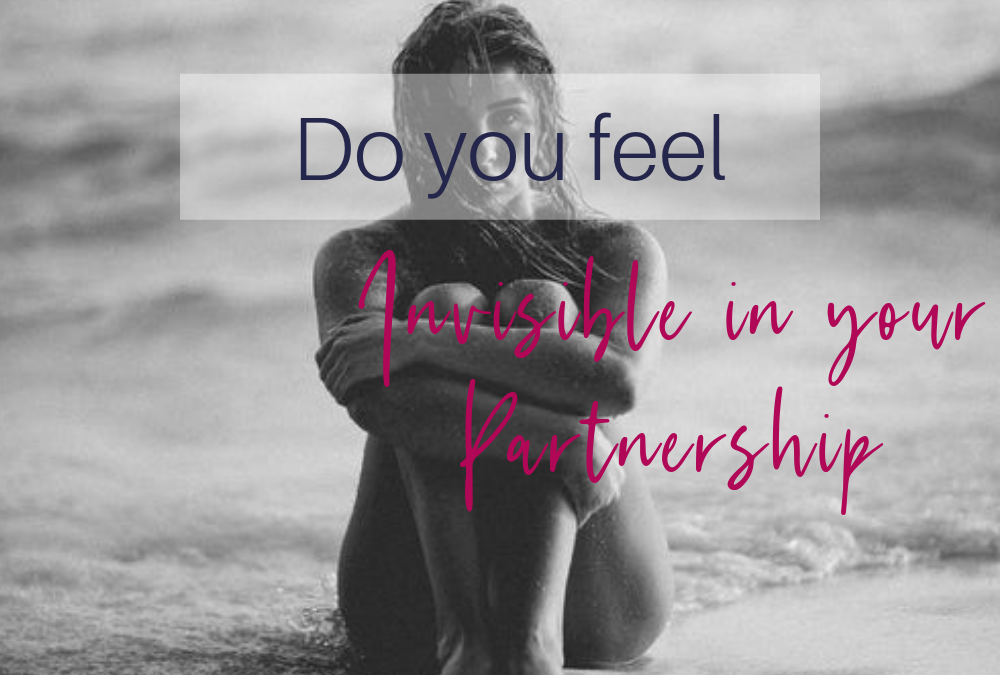 Are You Feeling Invisible in Your Relationship?

He has no idea she feels invisible. Even though she’s tried to explain it time and time again, all he hears is her complaining. He tries to fix it, he tries to give her more, he tries to work harder… But it just seems like it’s never enough for her.

She Needs Help, He Has Work

She feels like she’s raising these kids on her own even though he’s in the house with her. She tries to tell him that she needs help, but he replies that he’s working so hard and he’s so tired, he doesn’t have time to help.

So the parenting all lands on her, and she’s exhausted.

She’s forgotten who she is.

Secretly crying herself to sleep at night, her heart completely breaking in the process. She's losing herself. Click To Tweet

Every once in awhile their complete lack of understanding and compassion for each other ends up in a horrible fight. With name-calling, mudslinging, and bringing things up from the past that has nothing to do with the present.

All She Wants is to Be Seen and Loved xoxo

All she wants is for him to see her. She wants to be his one and only. She wants to be able to express herself completely in front of him, and have him say, “oh my God you are so beautiful oh, I am so glad you’re mine!”

She wants him to see her glory, and her beauty, and her strangeness and her weirdness... Click To Tweet

But she feels like when he does he just thinks she’s strange and weird, and she feels dejected because she thinks he will choose someone else better than and more normal than her.

He thinks she is incredible …

This is because she feels so insecure inside. She never got to see what a loving relationship looks like. She tucks her power away because she’s afraid that it will terrify him. It terrifies her.

He thinks she is incredible.

He wants to give her everything. But he doesn’t know how to get close to her. It doesn’t matter what he says it’s always the wrong thing, so he learns to just stop talking. He wants to give her the world but he just can’t get close to her, so he works harder to try to provide her with more because it’s the least he can do. He feels like he’s not enough, he feels like he can’t do enough for her or give her enough. He feels like he can’t make her happy, and this shuts him down. 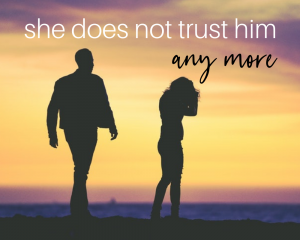 He loves that she’s a fighter. He thinks she’s the most beautiful woman on Earth. He wouldn’t have chosen her to have children with her if he didn’t think so. But she doesn’t want to take him anymore, so he has to find someone or something that can fill the void. It destroys him inside because she is still the most beautiful creature on earth to him. But he can’t figure out how to get close to her without hurting her. He figures his best bet is to just stay far away from her and let her be free.

He is just trying to make her happy, he’s trying to plan and organize all of the ways he can make her happy, but everything he tries to do fails and she just gets upset and pushes him further away. But she continues to nag at him and tell him how terrible he is, he just can’t take it. He needs to find someone who can appreciate him. He feels so underappreciated. He feels so disrespected.

Have you met this couple?

I have met them countless times in countless bodies and countless relationships.

This is “every man” and “every woman.”

She is allowed to be her weird, strange, naked, singing, laughing, ridiculous self, and he enjoys it and even gets turned on by it!  He is allowed complete freedom to go where he wants, when he wants and spend his money how he wants.  He isn’t bound by her schedule or rules.  She doesn’t have to cater to his every need and whim.  When he does things for her, he does them because he wants to provide for her and make her happy.  She has clearly communicated to him what she needs and wants without any expectations.  She lets him know what she needs to be done, by when, and that if he cannot handle it, together they will pay for someone else to do it.  If she cannot clean the house, she hires someone to do it.

They talk about what is important.  They share how they are feeling.

Mike Nix and I work at this every day with a hundred percent commitment. I focus very hard on making sure that he feels respected and appreciated & free. And he works very hard to make sure that I feel seen, loved and adored. It’s not always easy, but it’s definitely better than the first story. And neither one of us is willing to live that story again.

How about you? Which story are you living?

If you’re ready to learn how to have a relationship where you feel valued, understood and seen, please click here for a breakthrough session.