How to Be Happy in a Relationship: Just Dance 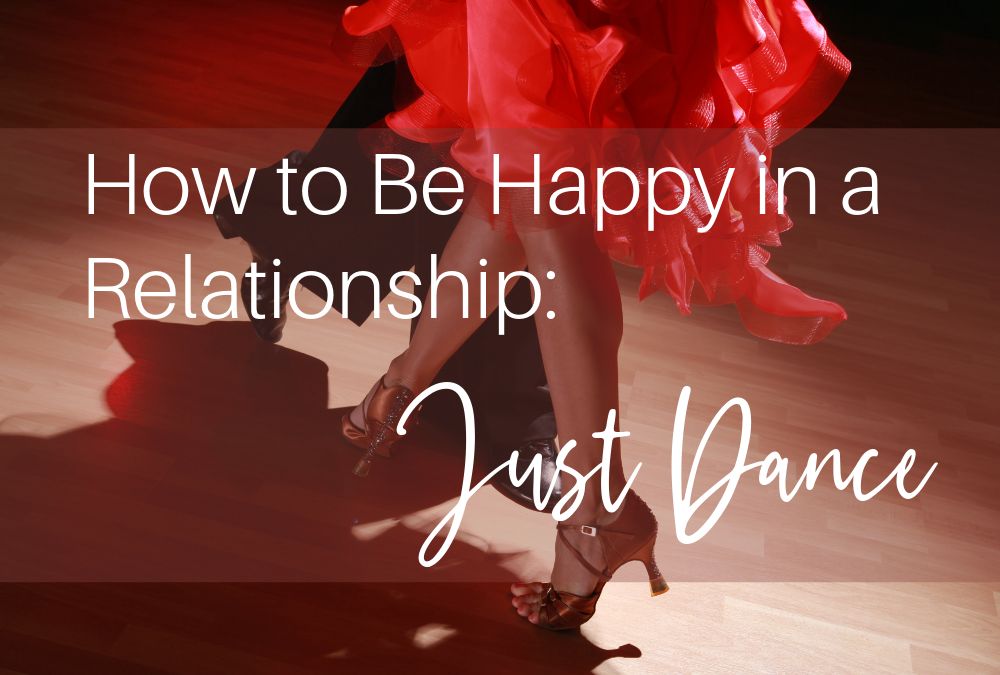 Do you want to find out how to be happy in a relationship? I went dancing last night Round Up Country Western NightClub as I often do on a Saturday night when Mike Nix is doing his thing and I suddenly find myself without kids … Dancing is life for me. It spreads a smile so big across my face. I feel so beautiful and free and connected when I’m dancing. It’s absolutely totally for fun and freedom.

I have a friend I meet there now. He’s a married 72 year old guy who deeply loves his wife, and he LOVES to dance “perfectly.” He comes to the classes at 8pm and we often partner together and goof around during the class. He loves to learn the moves perfectly.

#1 Let Your Partner Lead You 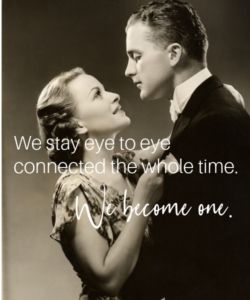 I love how he leads. I love how he counts the beats and steps out loud when he knows I’m getting lost. I love how gently and powerfully he directs my movement. I love how when I tell him I’m dizzy, he gives me a minute or two without spinning me, or he spins me the other way to “unwind” me. He is so in-tune and perceptive. We stay eye to eye connected the whole time. We become one. It’s the best thing ever!

Last night his other female dancing partners weren’t there, and none of my other favorite dancers were there, and we chatted all night. He’s so madly in love with his wife who he met in his 20’s at church! Makes me believe in love even more. He told me about how he learned hypnosis so he could heal his mother and then his wife.

We need more men like this in the world.

Men who are committed to the wellbeing of their family, but who also know how to go out and play every weekend, doing what they love. Men who are safe, not creepy, caretaking, expressive and connected to life and all it has to offer.

There’s a feeling I can’t explain. When I can just completely surrender and trust my dance partner.

The woman's job is to follow. We do this by creating just enough tension to know when we are being pulled, pushed or walked through ... Click To Tweet

We do this by paying attention to the man, keeping eye contact, intuitively feeling him and his next move and choosing to go where he directs.

The man’s job is to lead. With enough tension and force to actually make you MOVE but not so hard you fall on your ass, get stepped on, or end up across the room.

His job is to know what you can do, let you do it, and think up the next move before it comes. He has to give you a little clue about where you’re going so you know how to follow him. He can do this with a little squeeze of the hand, a tiny pull in before a push out, with his eyes, or by moving his hands to a different part of your body. It’s learning each other and trusting each other and creating just enough tension to know where to go, but not so much tension you’re fighting.

#5 Having the Right Balance is Key

If you’re spinning your woman too much, give her a break. If you’re making moves without preparing her, she cannot follow you. If you’re too spontaneous and not planned and thought out enough, you’ll fumble. (She will try to catch her step back and keep up with you, but it takes extra effort).

If you’re leading your man, you wont get anywhere but him annoyed, frustrated and wanting to give up. If you keep playing along and smiling when he messes up, it’s still fun! If you’re not paying attention, you’ll end up on your ass or stepped on.

When he spins you, it's better to go with his force than try to fight it. Click To Tweet

Just some lessons from dancing.

I remember when I didn’t know how to follow.  I was a woman trying to lead.  I would frustrate and emasculate my man.  I would irritate my dance partners, telling them, “you’re not getting it right,”  I have learned, through practice and training, how to surrender, to be vulnerable, to trust, to be open and to see all of the gifts of men.

If you are a woman who is stealing her man’s testicles, emasculating him, calling the shots and trying to run the show, you will notice that he is pulling away, having less sex with you, shutting down, not supporting you, and when it gets really bad, he starts lying, hiding and cheating.  I know because I have lived it.  It takes two to create this dance.