Men’s Guide: How to Communicate Better in a Relationship 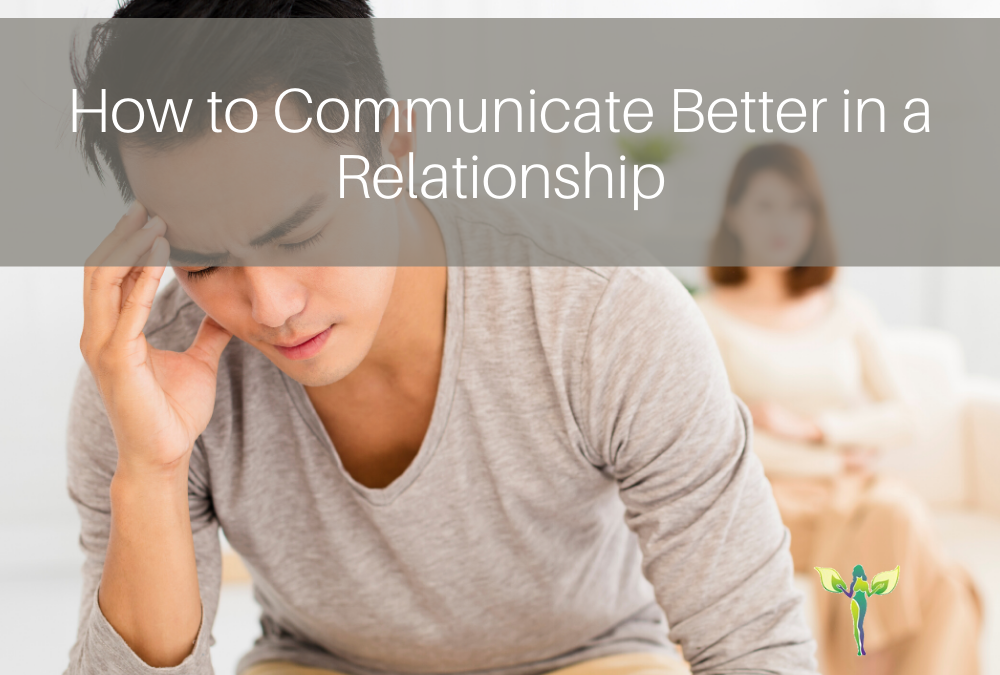 Many men struggle to figure out how to improve their communication with their wives.  They hear her complaining that they are not doing a good job, and they see her trying in many ways to get him to communicate, but everyone ends up frustrated with a lot of resentment.  Here is a blog post taken from a text communication I recently had with a male client asking for advice about learning a better way to communicate with his wife.  Let’s name him JOHN. This BRAVE MAN is willing to shift everything he knows to find out how to communicate better in a relationship with his wife, whom he loves dearly.  (He has generously given me permission to share this content anonymously.)

How to Communicate Better in a Relationship: 2 Hot Questions and Key Takeaways for Men Who Want to Strengthen the Intimacy With Their Partners

#1 How can I improve communicating with my wife?

JOHN: I’m not doing a good job communicating with my wife.  We had a bit of a dispute about it yesterday. In her head, what does communication look like? How can I improve on the communication aspect?  She loves to share everything, even if it’s mundane talk about her day at work.  I just don’t do it because its not like any eventful stuff happens that is so noteworthy to be shared.  How can I stop shooting myself in the foot with this? She loves to speak about how she feels all the time and I don’t tend to share much about how I feel. Honestly, at work, its all guy talk with my work buddies, which is not the kind of conversation you have with your wife.  So confused!

HEATHER’s ANSWER: Omgosh this is a BIG conversation… But let me sum it up with this example. Would you ever, at a party, go up to your buddy and be like “omg the organic blueberries were BOGO at Publix this week!” No. Never. Your brain doesn’t think like that.

Women spent time with OTHER WOMEN and babies ALL DAY LONG for 10 million years. Now they’re alone all day. So everything they would have said to their mother/ sister/ aunt/ friend ALL DAY is stored inside until YOU get home! (Poor you).

Men, on the other hand, have a strategy to hunt.  And then they shut up.  If you have an emotional outburst, you scare away dinner and everyone starves.  So, no one talks.  No one shares.  Unless it’s about making the next move.  And even then, you jeopardize dinner, so to speak. You’re wired to kill mammoth. She’s wired to talk, communicate, create, express all day and raise babies… to whom she is TEACHING LANGUAGE.  It’s her job to teach the baby to communicate.  Best way for baby to learn?  Modeling.  Watch/ listen/ hear the others and learn.  The more “she”/woman/ mother talks, the more prepared the baby is for survival.

#2 How do I communicate with her in a way that she feels connected?

JOHN: It makes sense that we are different.  Her gripe is that I don’t share or talk more.  I’m not a chatty person by nature.  Yet she has certain expectations I am obviously falling short on. Do I have to be “more like her?”

HEATHER’s ANSWER: No you don’t have to be more like her. It is important for YOU to be YOU. You get to DIG for what’s VALUABLE to you… Sharing things that you just haven’t been letting her know about. Are you purposefully HOLDING BACK ANYTHING from your wife that you are aware of?

JOHN: I don’t think I am.  We have our usual small talk about our day at work.

HEATHER’s ANSWER: Would you like to be CLOSE to your wife? 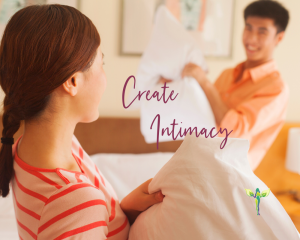 HEATHER’s ANSWER: Ok… Then you’re going to have to go AGAINST your nature. Going against your nature doesn’t mean becoming a woman.

Sharing the stuff in your head.

It means actually SHARING all that stuff in your head.  It’s in there anyway.  You know how… Inside you… You worry about the family, her, the passive income, and the shit at work, how it’s all going to play out… And then… You compare who you are/ your masculinity against all that? (This is a thing men tend to do) You know what I’m talking about?

That internal conversation of like “I’ve got This” (that sometimes sounds like “how the fuck am I going to handle all this?!”) Do you ever share THAT stuff with her? I know it is super vulnerable to share that stuff!  That’s what I mean when I say you have to GO AGAINST YOUR NATURE!  I don’t mean become a woman.

Sharing your burden WITH HER.

I mean, SHARE THE BURDEN with her. Men think that all of these thoughts are BURDENS because when someone shares something with them, they expect to FIX IT.

Did you say “Blueberries”?

And MOST men want to FIX problems, and PROVIDE for their women in the BEST way possible. Click To Tweet

THIS IS WHERE THE PROBLEM LIES!

You sharing with her doesn’t burden her.  It doesn’t make her drive into FIX IT mode.  It makes her feel connected and close to you because she is understanding the EMOTIONAL struggle that you are going through FOR HER and your family.  This actually creates BONDING. She wants to know THAT STUFF, because she loves you. That’s a good woman. That’s intimacy.  And it will make her want to OPEN to you!   Which… Is your goal… Really… Because that’s when she’s most attractive anyway.

HEATHER’s ANSWER: Lol. Yes. You’re in charge of you. No one else. She may ask and want to know. But YOU CHOOSE if you trust her enough to tell her. YOU CHOOSE if you want to create intimacy. You choose how close she gets to you. She may not like it (she may not stick around <- worst fear). But ultimately, it’s your power. You decide who comes in and how far!